What does Projector Resolution mean?

The Projector screen image is made up of millions of tiny squares in a net like pattern, known as pixels. The actual number of pixels horizontally by the number of pixels vertically is called Resolution. So if a projector image is made up of 1920 pixels horizontally and 1080 pixels vertically, the resolution of the picture is 1920x1080.

The more the number of pixels in a screen image, the sharper it becomes. In an HD (High Definition) image the resolution is 1920x1080 to make a total of over 2 million pixels or 2 MegaPixels. A 4K Ultra HD picture has 3840x2160 pixels to make a total of more than 8 million pixels or 8 MegaPixels. With 4 times more pixels in a 4K picture compared to a HD picture, the 4K picture becomes much sharper and clearer.

What is Projector Native Resolution?

What is the difference between Projector Native Resolution and Supported Resolution?

What is a good Projector Native Resolution? Projector 4K vs HD image

The sharpness in 4K image quality only becomes obvious to the viewer when the picture is viewed on large screens. For example in a 65 inch TV, the difference between a 4K and HD image cannot be noticed by a viewer even close up, but if these same 4K and HD image were to be shown on a 120 inch screen, the clarity and sharpness of a 4K image will be very obvious. Thus the better picture quality of a 4K resolution projector becomes very noticeable compared to an HD projector picture.

For those who can afford it, the best projector resolution available today is the 4K Ultra HD projectors with 3840x2160 pixels. The picture produced by higher resolution projectors is much smoother and a pleasure to watch. See the example above of the eye of a person magnified to compare the eye in the HD picture with the eye in the 4K UHD image. These pixel patterns become more obvious as the picture gets larger. 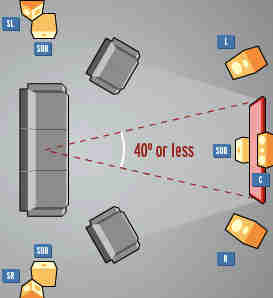 THX also recommends a minimum viewing angle of 40 degrees, that is the angle formed by lines drawn from the sides of the screen and meeting at the point where you are watching the movie (see the drawing here). When moving closer to the screen the angle will increase, and that is what is recommended. Also do not get closer than your comfort level. 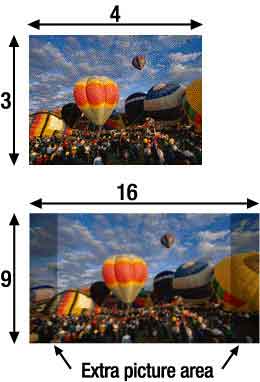 What is contrast ratio in Projector

Is it worth buying a 3D Projector

With a good quality 3D projector good 3D movies are fantastic to watch. But many use the 3D feature very rarely after the novelty of it rubs off in a few weeks. So it is a personal matter whether the extra price for a 3D projector is worth it. If price is not a factor, then it is always good to have a Projector with 3D feature together with the required 3D glasses.

How 3D movies work is that there are actually 2 images being shown on the projector screen simultaneously, one for the right eye and the other for the left eye. The trick in shooting a 3D movie is that they are filmed with 3D cameras which have two lenses side by side, at about the same distance apart as our eyes are. The images from the left and right lenses are recorded separately and when 3D movies are shown on screen, first the image for left eye is shown followed immediately by the picture for the right eye at the rate of about 24 frames per second for each eye. Special 3D glasses allow the left eye to see only the pictures meant for the left eye and similarly for the right eye. This results in us seeing 3D images just like we see 3D images daily without any glasses.

How to know Projector Screen size with width of screen

When we talk about Projector Screen size, it is the diagonal length of the Projector screen from corner to corner. It is possible to calculate the diagonal (d) by knowing the width or bredth of the wall (b). To make the calculations of the projector screen diagonal size, we make use of the Pythagoras method as shown in the picture here.

Most projectors now come with HDTV 16:9 widescreen aspect ratio. Below we have an example of how to calculate the size of the projector screen when you know the width of the wall space you can spare.

The most common situation is when you know the width of the wall space you can spare for a projector screen and you want to calculate the maximum diagonal projector screen size you can have. This is how the caclulation is done. 'd' is the diagonal, 'b' is the bredth and 'a' is the height of the screen. Suppose the maximim wall width available is 8 feet, then we calculate the diagonal size of the screen as follows:
b=8 and since b:a is 16:9 for a HD screen
the height a=8x9⁄⁄16 =4.5feet
Now the diagonal d will be the square root of 92+4.52. This can be calculated to give 10.06 feet or approximatly 120 inches.

Where to buy Home Theater Projectors and Projector Screens online

The best place to buy Projectors and Projector screens is the Amazon online store in your country. Amazon is best to buy online Projectors and Screens because not only are they very competitively priced, but you also have the assurance of service, and in the worst case, even return for a refund in case you are not satisfied.

This is the Link for Home Theater Projectors from Amazon AUSTRALIA

This is the Link for Home Theater Projectors from Amazon CANADA

This is the Link for Home Theater Projectors from Amazon INDIA

This is the Link for Home Theater Projectors from Amazon UK

This is the Link for Home Theater Projectors from Amazon USA

This is the Link for Projector Screens from Amazon AUSTRALIA

This is the Link for Projector Screens from Amazon CANADA

This is the Link for Projector Screens from Amazon India

This is the Link for Projector Screens from Amazon UK

This is the Link for Projector Screens from Amazon USA

Below are links to all the pages on this website and we hope you will make full use of all the great information about projectors.